A collection of French mélodies and English Canadian art songs in which masterpieces by Debussy, Poulenc, Faure, and Hahn are intermingled with treasures by Canadian greats Morawetz and Somers, along with contemporary voices like Lloyd Burritt and Ian Bent, who's song, Old Moon, was specially commissioned for the CD. The CD title is from Marilyn Lerch's collection of poetry, Moon Loves Its Light, (Moraine House, 2004).

"Allison Angelo has a creamy soprano across the range, clean articulation and good diction in both English and French. She is flexible and intelligent, able to switch easily and convincingly between the range of musical styles, emotion and expression. Pianist Simon Docking is a sensitive, balanced collaborator and the recording is warm, clear and clean with a rich bloom to the sound. Kudos for including the interesting and very worthy Canadian repertoire. "
- Rick Phillips (former host of CBC's Sound Advice, currently freelance reviewer/guest lecturer) 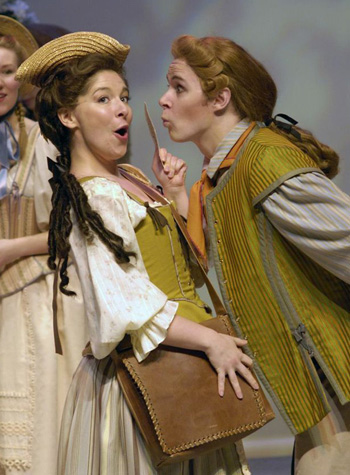